Why is the Rolex Daytona so Popular? 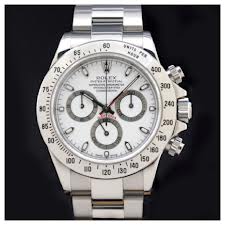 Chronograph: From the Greek words “chrons” and “graphis” which means “writing of time.”

A chronograph is a timepiece that, in addition to the normal time telling function, also performs a separate time measuring function such as a stop watch — with separate seconds hand which can be started, stopped and reset to zero, via push-buttons on the side of the case.

Rolex released their first chronograph wristwatch around 1937. However, rather than designing the movement themselves, they decided to import movements from Valjoux — which proved useful for nearly 50 years. These “Anti-Magnetic” watches saw numerous styles with varying degrees of success.

In 1960, Rolex resurrected the faltering chronograph line with the introduction of the Cosmograph (model 6239). While a Cosmograph is in fact a chronograph by definition, the name “Cosmograph” was a creation of Rolex. The cosmetic difference being that a Cosmograph has the tachymeter scale engraved on the bezel, whereas chronograph models were printed on the dial. The watch was powered by a Vaijoux 72B movement, but was subsequently replaced with the 722/1.

It is worth noting that these earliest Cosmograph versions had the tachyrneter scale calibrated to 300 units per hour, but within a year was changed to only 200 units per hour. Tn 1961, Rolex released a second version (model 6241), which like the 6239, was powered by the 72B movement. The difference between these two models was cosmetic, in Daytona Cosmograph (model 6239) with exotic Paul Newman’ dial. Circa 1960s that the 6239 featured a solid steel bezel, but the 6241 had a steel ring fitted with a clear acrylic insert.

These watches soon became known as the Daytona, named after Daytona Beach, Florida, which is home to some of the biggest names in auto racing. The watches were very popular in the racing community, due to their usefulness when calculating average lap speed.

(Please Note: The names “Cosmograph” and “Daytona” were not present on a/i dial through the years. Furthermore, examples have been seen with these names in different positions on the dial: below the name “Rolex” which is below the ‘12’ position. This inconsistency has caused confusion over the Daytona, with the exotic (contrasting register) dial, many collectors questioning the authenticity of their watches.)

From the start, the watches were available in two dials: the standard dials were either black (with silver registers), or silver (with black registers), and the exotic dials which were either black (with white registers), or cream white (with black registers). These exotic dials soon became simply known as the “Paul Newman” after he reportedly wore one in the racing film “Winning.”  Legend has it that Mr. Newman’s picture (with the watch visible on his wrist) appeared on Italian movie posters to promote the film. Mr. Newman then subsequently appeared on the cover of a popular Italian magazine, thus sparking a love affair with the watch that has lasted over 30 years. After studying the film, I can say that Mr. Newman does indeed wear a “stainless steel” watch in nearly every scene, however, the watch is never shown clear enough to positively identify the model. Furthermore, the face of the watch appears to be silver in color and the trademark contrasting registers are not identifiable.

With that being said, I will offer another possible explanation. The 6239 was also available with an optional exotic silver dial featuring all silver registers. I believe this was the Daytona model worn in the film, with Mr. Newman subsequently donning the exotic (contrasting register) Daytona on the cover of the aforementioned Italian magazine. One must stress that there is no hard evidence to support this and at this point it is purely speculation and conjecture. While all versions of the Daytona with contrasting registers have subsequently become known as Paul Newmans, some would argue that the only true Paul Newman models are described as follows: The 6239 and 6241 case numbers, manual Daytona Cosmograph (model 6263) with wind, steel cases, and the two aforementioned exotic dials. Circa 1970’s configurations — featuring square markers within the registers.

In 1971, the 6264 was replaced by the 6265, and the 6262 by the 6263, respectively. Both new models now featured the new screw-down waterproof pushers, which were introduced on the 6240. These two models were also the first Cosmographs to receive the new larger Triplock winding crown. Both models continued in the Rolex catalog until being discontinued in 1987.

In 1988, Rolex released the new Oyster Perpetual Cosmograph Daytona (model 16520), which were powered by a modified Zenith El Primero movement (Cal. 4030). While the 16520 was stainless steel, it was also available in two-toned stainless steel & l8kt yellow gold, as well as solid 18kt yellow gold models, as the 16523 and 16528, respectively. The first versions were calibrated to a 200 units per hour scale, but were subsequently upped to 400 units per hour, as they are today.

In 1992, Rolex released a new Oyster Perpetual Cosmograph Daytona (model 16518), which was only available Daytona Cosmograph (model 116518) in 18kt yellow gold, with a leather strap and safety deploy and an exotic dial. The bezel featured small triangles pointing to the individual calibrated numbers, rather than the small dots present on earlier models.

By 1997, Rolex finally released a white gold version of this watch as model 16519. In 2000, Rolex updated the Daytona line once again, with the introduction of the first “in-house” Daytona movement (Cal. 4130), which features a 72 hour power reserve — or 66 hours when the stopwatch function is used. This new model was also fitted with a special proprietary deployant clasp. It was also at this time that Rolex fitted the Daytona with a new 6-digit model number. 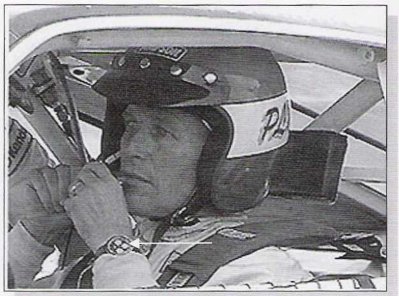 How to Use a Rolex Daytona

The Rolex Cosmograph Daytona is basically a chronograph (stop watch) with the aid of a Tachymeter (logarithmic) scale printed around the bezel. The screw down push-buttons (located on either side of the winding crown) are used to start, stop and reset the timer. The Tachymeter scale allows the wearer to calculate two basic timed functions when used in conjunction with the stop watch. These functions are to measure elapsed time and calculate average speed. Their explanation is as follows:

To perform this function you will need to unscrew the push-buttons, so they are in the operational position. By pressing the upper button, the large sweep second hand starts the timing sequence (to within 1/5 of a second), while two mini-registers on the dial record the elapsed hours and minutes respectively.

(Please Note: The third mini-register constantly measures seconds and is not part of the stop watch function.)

Press the upper button again and the timing sequence is stopped. Pressing the lower button will reset the large sweep second hand and both mini-registers to zero.

This function is performed similarly to measuring elapsed time, but you are measuring the time it takes to travel a predetermined distance (such as a mile or kilometer). The only requirement is that the total measured time must fall between 9 seconds to 60 seconds, which is calibrated within the scale 60 to 400 units per hour.

Once a time has been established, then you would simply read the Taehymeter Cosmograph Daytona scale as it corresponds to the time. For instance, if it took 30 seconds the car to travel one mile, then the corresponding number on the Tachymeter scale would be 120. Therefore, the car maintained an average speed of 120 mph.

If you are unable to keep the timed sequence between 9 seconds to 60 seconds, then you can use a different distance and perform a simple calculation. If it took 40 seconds for a bicycle to travel ½ kilometer, then the corresponding number on the Tachymeter scale would be 90. However, since it only traveled V2 kilometer, then the average speed would be 1/2 as well which is 45 km/hour.